Quirepace was formed in 1983 to continue the Pneumatic Tube System business of Rediffusion Business Electronics; however it is impossible to consider the history of Quirepace without taking in to account the history of the other companies that have evolved into the Quirepace Company in its present form.

The present Quirepace Company, incorporating our product line branded as “British Vacuum Cleaners”- BVC, originates from two principal ancestors. The first is the company originally founded in 1884 to market the Lamson Cash Ball System, and which was shortly afterwards, in 1899, incorporated as the Lamson Pneumatic Tube Company. The second is the company founded in 1901 by Mr. H. Cecil Booth F.C.G.I, M.I.C.E as the “British Vacuum Cleaner Company”. On the prospectus issued by this Company, the words “Vacuum Cleaner” were inscribed and this is the first record of the phrase being introduced in to the English Language.

For the majority of the 20th Century, both companies were extremely successful. “Lamson” became the name synonymous with Pneumatic Tube Systems throughout the World, whilst the British Vacuum Cleaner and Engineering Company Ltd, as it was latterly known, manufactured and sold a huge range of industrial and household vacuum cleaners and other appliances; many under the “Goblin” brand which included the famous “Goblin Teasmade” amongst other products. The interested reader will find many online resources that document the company histories in detail.

Towards the latter end of the 20th Century Lamson and BVC in many ways had similar experiences; both being bought and sold several times during that period when British manufacturing was vulnerable to many political and financial pressures.

By 2006, BVC had been absorbed into the same company as Lamson, both under the umbrella of Barloworld – a Logistics Company headquartered in South Africa. Separately, Quirepace had grown from small beginnings into a market-leading manufacturer, supplier and installer of Pneumatic Tube Systems with a significant presence in both the Retail and Healthcare markets.

Both Quirepace and BVC/Lamson (under the Barloworld umbrella) were based in Gosport, and in 2007 Quirepace bought the business from Barloworld to form the present-day company. The enlarged Quirepace occupied the “Lamson” building in Harbour Road, having moved from Cleveland Place.

Today, our Company is Quirepace Ltd.; we have recently relocated to large and modern premises in Fareham. We are market leaders in the manufacture, supply, installation and service of Pneumatic Tube Systems to all industry sectors; we continue to use our expertise, (as Lamson Engineering did for so many years), to provide associated logistics and conveyor equipment and solutions; and we are proud to manufacture and develop the product line of “British Vacuum Cleaners” under the BVC brand, with their reputation for quality, robustness and durability.

Of course, over the past 130 years, there have been branches, acquisitions and relationships with many other companies and brands associated with both Lamson and BVC, and hence brands and names such as BIVAC, Paragon, Dialled Despatches, and Goblin all have historic connections with the present Quirepace Company. 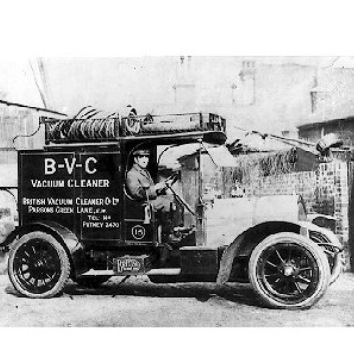 BVC was formed over 100 years ago when the inventor of the vacuum cleaner, Hubert Cecil Booth founded the British Vacuum Company which evolved into the present BVC. 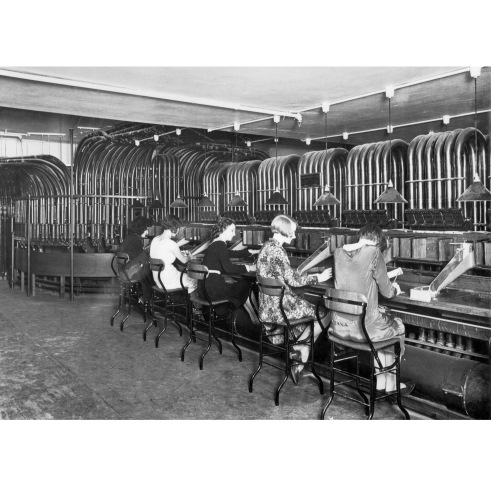 Lamson were the pioneers of the pneumatic tube system and probably did more than any other company , from the late 19th century and through the 20th century, to develop the whole concept of pneumatic conveying in buildings.